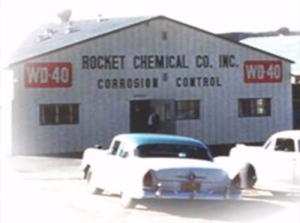 Regarded by many as the No.1 problem solver for taking care of things, WD-40 Multi-Use Product remains one of the world’s most instantly recognisable brands, used in households and by trades professionals across the globe.

WD-40 was invented over 60 years ago by three employees at the Rocket Chemical Company. From a small lab in San Diego, California, they were looking to create a line of rust-prevention solvents and degreasers for use in the aerospace industry.

Leading the team was chemist Norm Larsen, who was looking for a water displacement solution for NASA to protect the Atlas Space Missile from rust and corrosion. It took Larsen and his team 40 attempts to get the world famous formula right, which is how the product found its name, WD-40.

After a while members of staff were found to be taking the product home and discovering even more everyday uses. This led to Larsen experimenting with putting WD-40 Multi-Use Product into easy to use aerosol cans, with the very first cans being sold in stores in 1958.

Within two years the Company had doubled in size, and in 1969 the Rocket Chemical Company was renamed after it’s only product, WD-40.

Over the years, thousands of users have written to WD-40, sharing their unique (or sometimes just plain weird) uses for the product. Some of the most interesting stories include a bus driver in Asia who used WD-40 to remove a python that had coiled itself underneath the bus. Another was when police officers used WD-40 to remove a naked burglar, who had trapped himself in an air conditioning vent.

The formula is a closely guarded secret, but remains the same today as when it was first invented with people discovering new uses for the famous blue and yellow can every day.

‘The uses of WD-40 described on this website were provided to WD-40 Company by end-users of the product, and do not constitute recommendations or suggestions for use of WD-40 by WD-40 Company. These uses have not been tested by WD-40 Company. Consumers should exercise common sense whenever using WD-40. Always follow the instructions and take heed of any warnings printed on the WD-40 packaging.’

The official distributor in territory of Armenia is “Multiproduct” LLC. 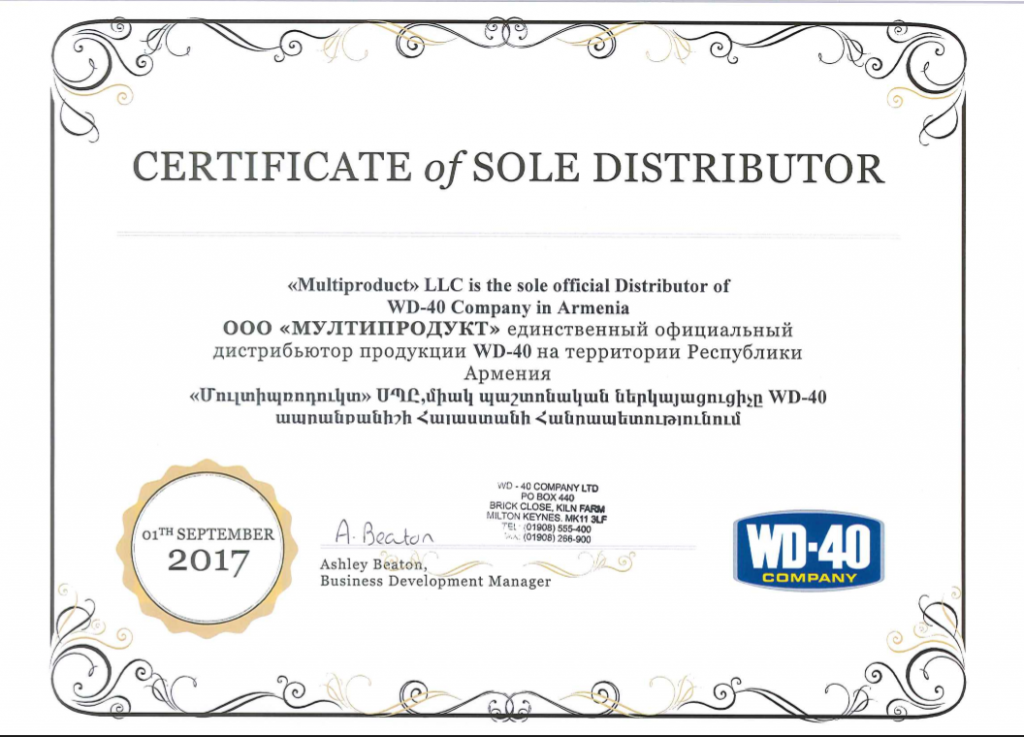